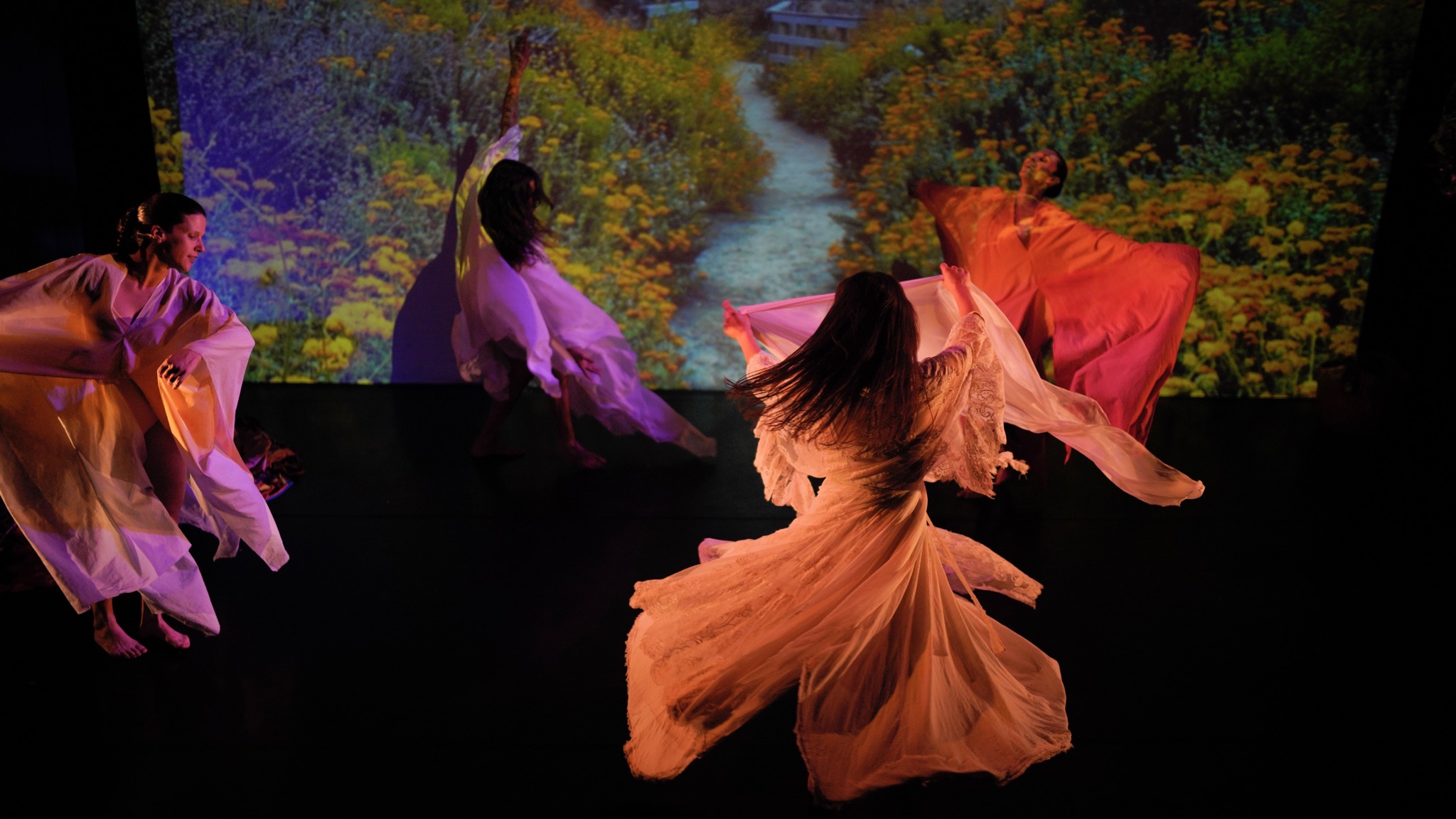 In February 2020, Coredark Labs teamed up with SOMA 2020 for the production of the CON><TACT theater performance at the Highways Performance Space in Santa Monica, CA —

“A HUB OF EXPERIMENTAL THEATER, DANCE, SOLO DRAMA AND OTHER MULTIMEDIA PERFORMANCE….”

Comprised of three acts, “a story about bodies, language, sound, movement and the transformation we all seek … a story told when a collaborative blueprint meets improvisation and the energy our audience brings” — this was a true live multi-media event, involving dance, spoken word, live music and live video.

Audio playback and sound effects (in concert with live musicians) was managed with Ableton with MIDI triggers, combined with live mics on an analog mixer driving front of house.

The VSx system was used to create and modulate the stage video background in real time in response to artists’ cues and in synchronization with music and sound effects. The video mix combined a variety of media assets, including video, photography, dynamic composites and animated type treatments.

The VSx video synthesis engine and audio playback were synchronized via proprietary network protocol on a dedicated LAN.

Some images of the process, from pre-production through the live performance:

One in one to go 🦾 Sexy army men thank you! #ge

RT @mitpress: Learn more about the interplay between #art and #engineering in the Cold War era with #MakingArtWork by @LeapingRobot also hi…

h J R
#coredarklabs AV session with @amy.zimmitti at the VSx controls, using a color palette based on the #futurist work… https://t.co/EzUh67lcLn

h J R
An excerpt from the official video for Dirty Deal, from the new Synapscape release "A Journey Through Concern" (Ant… https://t.co/5zK5U1chLb